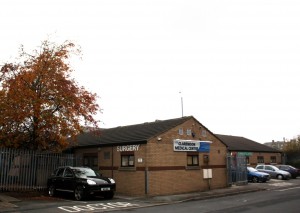 Clarendon Medical Centre  has  a rich history and was established by our senior partner Dr Bindu. It has undergone  tremendous evolutionary changes since its inception.

Dr Bindu has been an inspiration to the community and practice and her driving  philosophy has been, ‘Arise, Awake and Stop not till the goal is reached’

The practice  was initially based at Southfield Square  and  later briefly merged with Dr Qureshi’s practice  based at St Paul’s Road. It was always the ambition and dream of Dr Bindu to have a modern purpose built premises in order to provide outstanding healthcare services for the community. This materialised in 1986 when the practice was allocated and purchased land from  Bradford Council at it’s existing site and work commenced on phase one   of the development in October 1987 and was completed in Easter of 1988.

Phase 1 Initially had  one consulting rooming for  the doctor and  a room for the nurse/health visitor with a shared waiting room.

In 1991  work commenced on phase two of the development resulting in further expanding the premises with a larger waiting room and three further consulting rooms.

This was still insufficient to meet the needs of the patients and phase three  of the development commenced in 1997  with an extension on the east  wing included a theatre with a recovery room, library, expansion of the existing waiting room,alternative waiting room,  consulting room and a practice manager room was added.