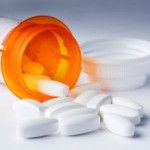 Surjeet Soin, 65, found out he had diabetes 14 years ago. He started taking medication and took up walking to keep fit. He went to Mount Everest base camp in 2005.

Surjeet, an accountant from Luton, was 50 when he found out he had type 2 diabetes. He had typical symptoms. “I was overweight. I weighed over 12 stone (76kg) and I’m 5ft 6in (1.67m) tall. I was getting up in the night to pass water, I’d lost some weight and I had blurred vision,” he says.

Surjeet’s wife, Devinder, was concerned and urged him to see his GP, who diagnosed diabetes with a blood test. “I suspected it was diabetes, so wasn’t shocked when the doctor told me,” says Surjeet. “I just thought, ‘I need to get on with my life now’.”

His younger brother, who lives in India, has diabetes and Surjeet thinks his grandfather did too. “Neither of my parents had it, but it’s in the family.”

Learning about diabetes
The GP prescribed medication (Glucozide) to control Surjeet’s diabetes, but he has never had to take insulin. “I’m living with a progressive condition and one day I might have to start taking insulin,” says Surjeet. “I’ll deal with that when it happens lisinopril 20 mg tablet.” The medication has improved his vision and he no longer needs to wear glasses for driving.

Over the next couple of years, Surjeet read books about diabetes and began to make small changes to his lifestyle, such as cutting out sweets and getting more exercise. “I definitely noticed an improvement in my health,” says Surjeet, who now weighs a healthy 10 stone (63.5kg). “Once I changed my lifestyle I felt more active. Generally, I felt pretty good. I stopped feeling lethargic. There was a lot of go in me!”

Cutting down on gulab jamun
Surjeet says it has taken willpower to make the changes he felt were important. “I used to eat a lot of Indian sweets. Devinder makes lovely gulab jamun, but I don’t have them now,” he says. “And I used to overeat, whereas now I eat less. I’ll have just one chapatti with the evening meal, and afterwards I’ll have plain yoghurt. I cut down on all my desserts. I’ll have custard or ice cream just once a month or so.”

Surjeet also gave up alcohol, and hasn’t had a drink for nearly 14 years. Having diabetes doesn’t mean you can’t have alcohol, but alcohol can cause problems. The advice about drinking differs depending on a person’s condition and medication. Surjeet decided to give up altogether. “I used to go to the pub with friends, or to weekend parties at people’s houses. At first giving up was difficult and friends would tease me about it, but I don’t miss alcohol at all now. I drink water when I’m socialising.”

Being more active
Knowing he should keep active to control his weight, Surjeet briefly considered joining a gym, but settled on a cheaper and more interesting option. “I knew if I did six miles on a treadmill I’d still be in the same spot, but if I walked for six miles outside I’d see things and be in the fresh air,” he says. “And a gym would cost me money. So I started walking.”

He enjoys trekking in the countryside and now walks two or three times a week with friends or Devinder, including a walk of 12 miles or so at the weekends. “I’ve done the Three Peaks in the Yorkshire Dales three times, and trekked in Ecuador,” says Surjeet. When he was 62 he trekked to Mount Everest base camp. “That was tough. It took 12 days, but it was good. I was the oldest man on the expedition.”

Helping others
Surjeet also keeps active at home by gardening, and he goes for regular health checks every six months, with retinopathy screening (an eye check) every year. He is keen to educate others about living with diabetes and is chairperson of his local Diabetes UK group. “We meet once a month and have speakers on all aspects of diabetes. People with diabetes come along just to talk and share information,” explains Surjeet.

“There’s plenty to learn, not just about managing diabetes, but also about your eyes, your feet and your weight. It’s important to help people learn more, because that’s how they work out how to manage their condition. The more they know the better they can look after themselves.”

Find out more about living with diabetes.